The Upper Saranc Foundation’s volunteer Asian Clam Survey is underway. Thank you to all the volunteers who are participating.
Although we hope that Asian Clams are not in existence in the Lake, this annual survey effort will determine if they have been introduced into the watershed. Early detection of the Clam is imperative for eradication. Late discovery of Asian Clams in Lake George has resulted in expenditures over $1.5 million in efforts to eradicate the Clams.

In the unfortunate circumstance that Asian Clams are introduced to Upper Saranac Lake, we want to find out as soon as possible, to assure eradication and avoid such a cost. Asian Clams are an invasive clam that can grow and spread rapidly, degrading water quality by feeding plant and algal growth.

Concentrations of Asian Clams have the potential to cause damage to the environment, negatively impact the tourism economy, reduce property values, obstruct water pipes for drinking water, and cause lacerations in swim areas. Asian Clams are not native to the United States and were brought here as an unwelcomed import. Since then, they have spread through the bait and aquarium trade. Juveniles can be moved around in bait buckets and other areas of a boat that hold water. As with all invasive species, Asian Clams do not have any local competitors that will keep their population in check. A single Clam can self-fertilize, can reproduce up to twice a year and can produce 2,000 – 4,000 juveniles per year. Densities can reach up to 6,000 or more clams per square meter. 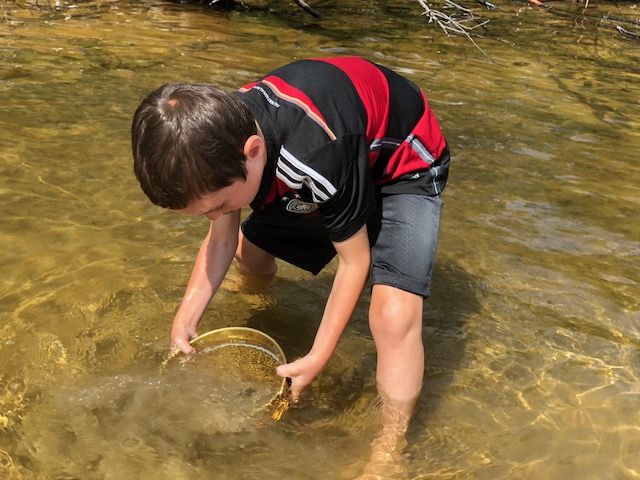