As an early indication of the success for the Upper Saranac Lake boat launch remediation effort, monarch butterfly caterpillars have taken up residence in the Back Bay bioretention pollinator gardens. In a continued effort to create native habitats, the Upper Saranac Foundation (USF) has turned the bioretention sites from a home of non-native and invasive plants to a habitat of native flowering pollinators.

Pictured above, the caterpillar is preparing its chrysalis (cocoon) in anticipation of its transformation to becoming a monarch butterfly. Monarchs, like all other butterflies and moths, go through egg, larval (caterpillar), chrysalis, and adult stages. After the transformation into a butterfly, in late August and early September, these monarchs will begin an epic migration spanning thousands of miles to central Mexico.

The bioretention sights that were developed to capture stormwater and prevent runoff into the lake were overrun with terrestrial invasive species. Following last season’s efforts of removing invasives and installing an organic weed barrier, this spring a variety of native wildflower pollinators were planted with the assistance of the AdkAction Pollinator Project. These flowers will continue to provide pollen and nectar to support pollinators.

The pollinator gardens not only add to the aesthetic of the launch, it will aid in the health of our environment by attracting birds and butterflies. This project exemplifies how nonprofit and government agencies can work in partnership to confront and resolve a host of integrated ecosystem challenges.

It is unknown how the invasive plants were introduced, but over the last few years, invasives had become the dominant vegetation at the bioretention locations. APIPP staff oversaw the pulling of the non-native and invasive weeds done by USF and AWI watershed stewards.

Wild parsnip was among the eight invasive plants that were identified by APIPP at the launch. This plant can cause severe rashes and serious skin burns. Over 2,900 pounds of invasive plants and contaminated soil were removed in 2019. 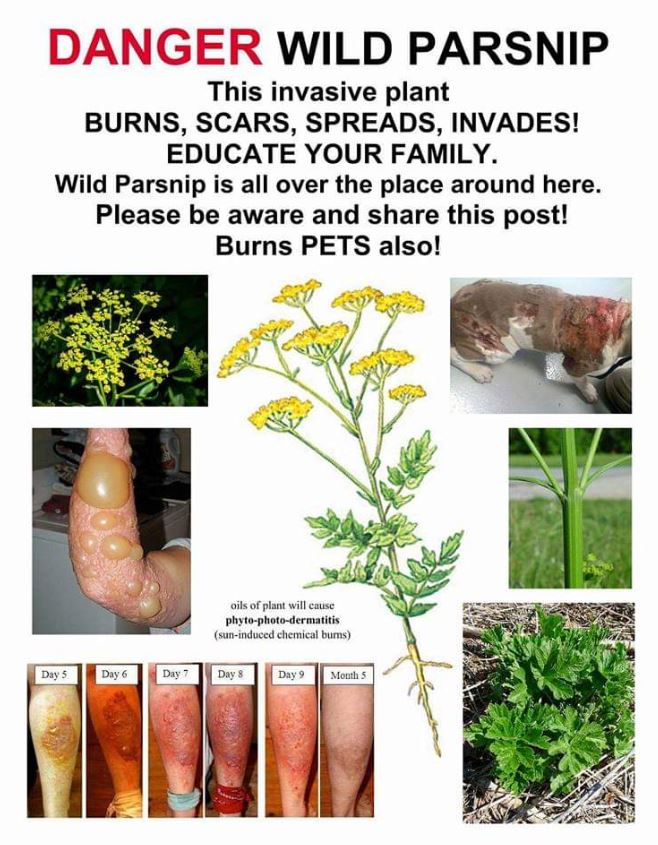