It’s not just aquatic invasive species that the Upper Saranac Foundation is working to control.

USF is spearheading an effort to turn terrestrial invasive infestations into pollinator gardens. In collaboration with the state Department of Environmental Conservation, ADK Action, Adirondack Watershed Institute, and the Adirondack Park Invasive Plant Program (APIPP), the USF is remediating the stormwater bioretention sites at the Back Bay Boat launch.

The sites that were developed to capture stormwater and prevent runoff into the lake have become overrun with terrestrial invasive species. It is unknown how the invasive plants were introduced but over the last few years invasives have become the dominant vegetation at the bioretention locations. APIPP staff oversaw the pulling of the non-native and invasive weeds done by USF and AWI watershed stewards.

An organic weed barrier was then installed to prevent regrowth of nuisance weeds. This was topped by a thick layer of mulch that was provided by DEC. The ADK Action Pollinator Project will provide and oversee the planting of wildflowers in the spring.

This future pollinator garden will not only add to the aesthetics of the launch, it will aid in the health of our environment by pollinating wildflowers and attracting birds and butterflies. This project exemplifies how NGOs and government agencies can work in partnership to confront and resolve a host of integrated ecosystem challenges. 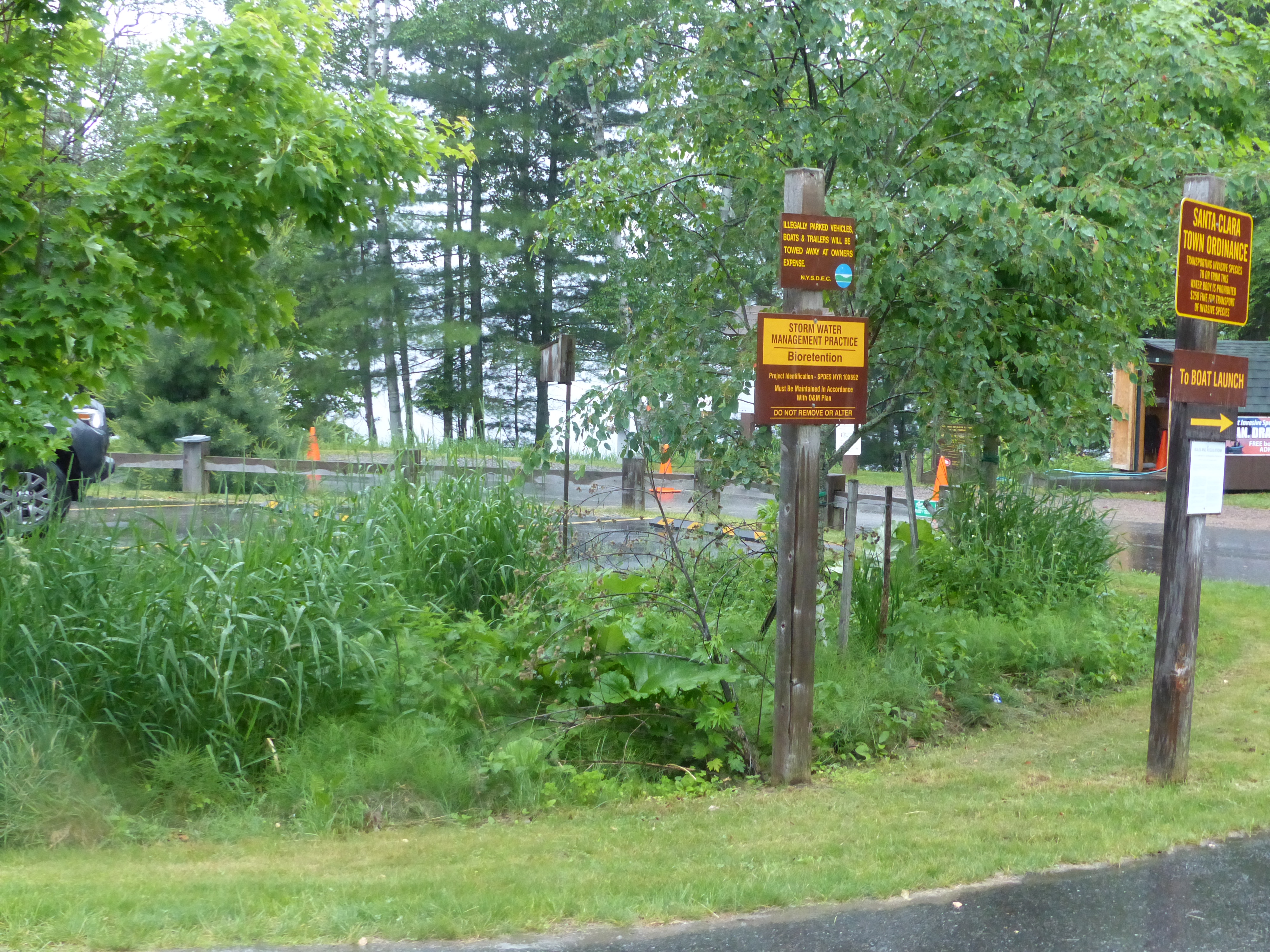 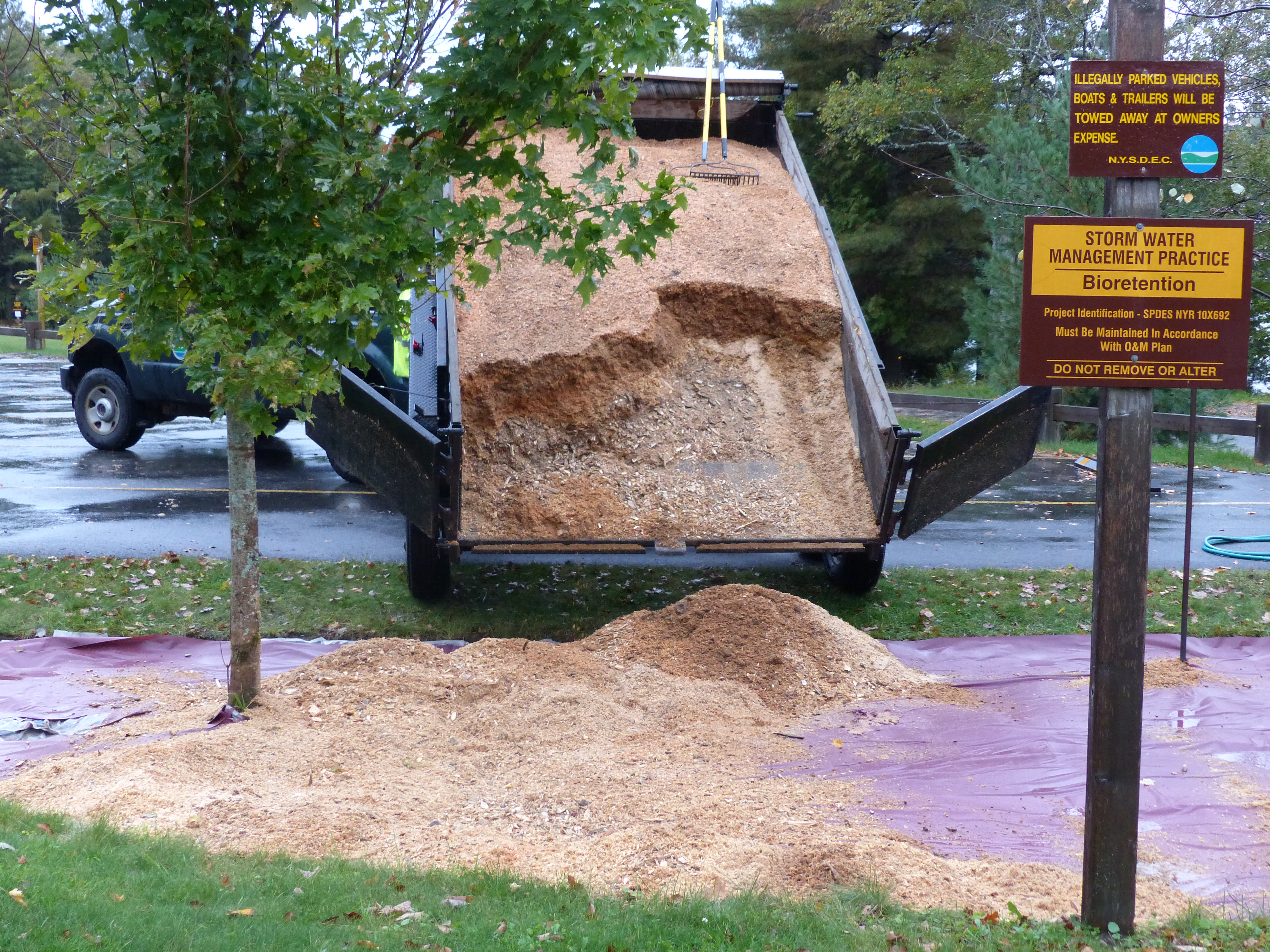 Weed barrier and mulch being added 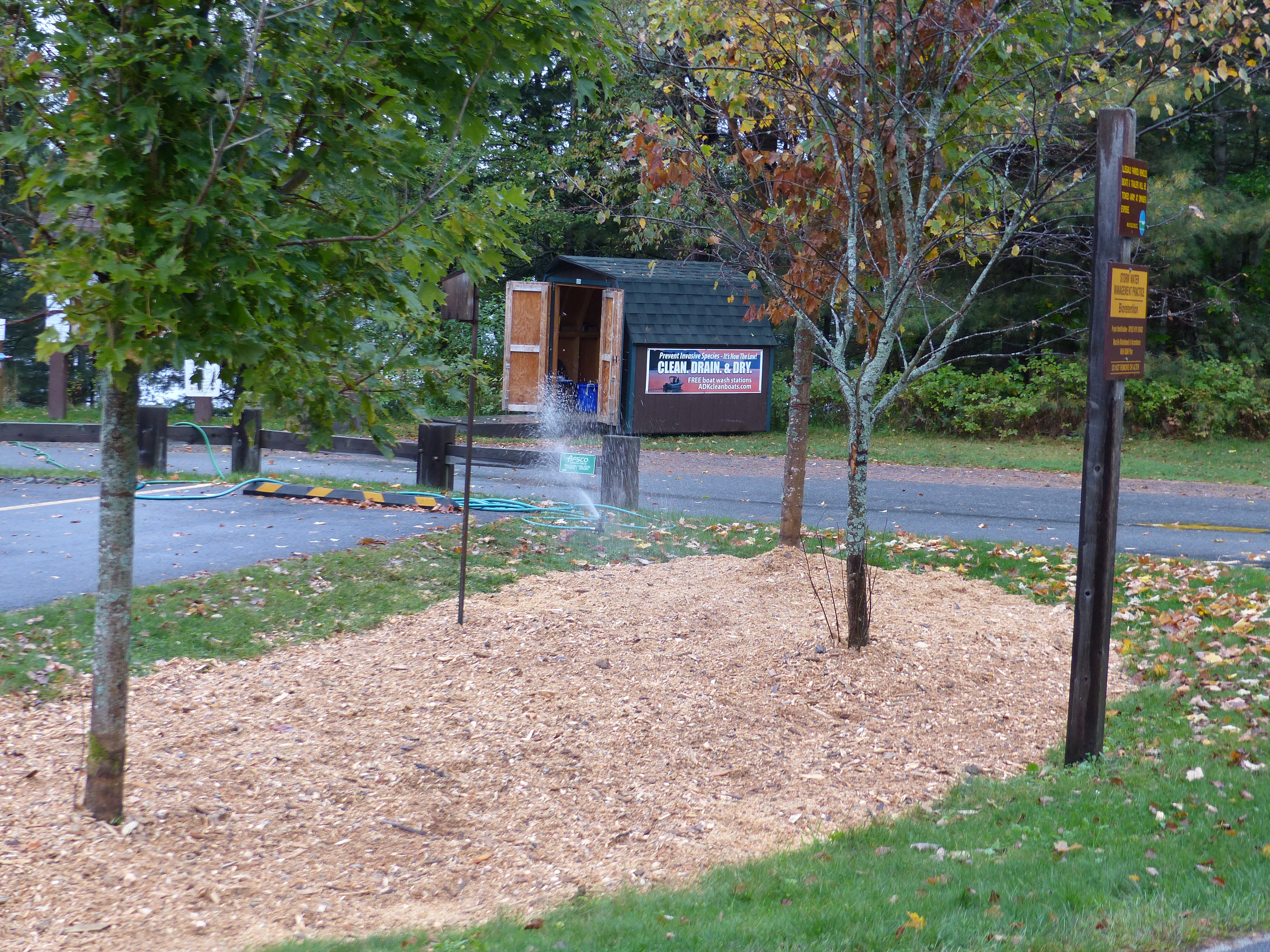