Excavating the area helped further assess the extent of the deterioration of the dam and the cause of the sink hole discovered in May. As suspected, the north cut-off wall had significant damage, but it was determined the majority of water flow was penetrating directly through the boulders in the north abutment. These boulders were part of the original 1914 dam that was capped partially with concrete in 1993. Below grade, on the embankment side of the abutment, the wall was found to be as it was completed in 1914.

A toe drain was established to direct water flow from the abutment back to the spillway. A form to support concrete was put in place and concrete was pumped into the voids of the boulders around and under the back side of the abutment.

Over the weekend the concrete will cure prior to removing the forms. Further excavating and inspections of the back side of the north cut-off wall will continue along the embankment, away from the dam.

Video of the work can be found at the following links: 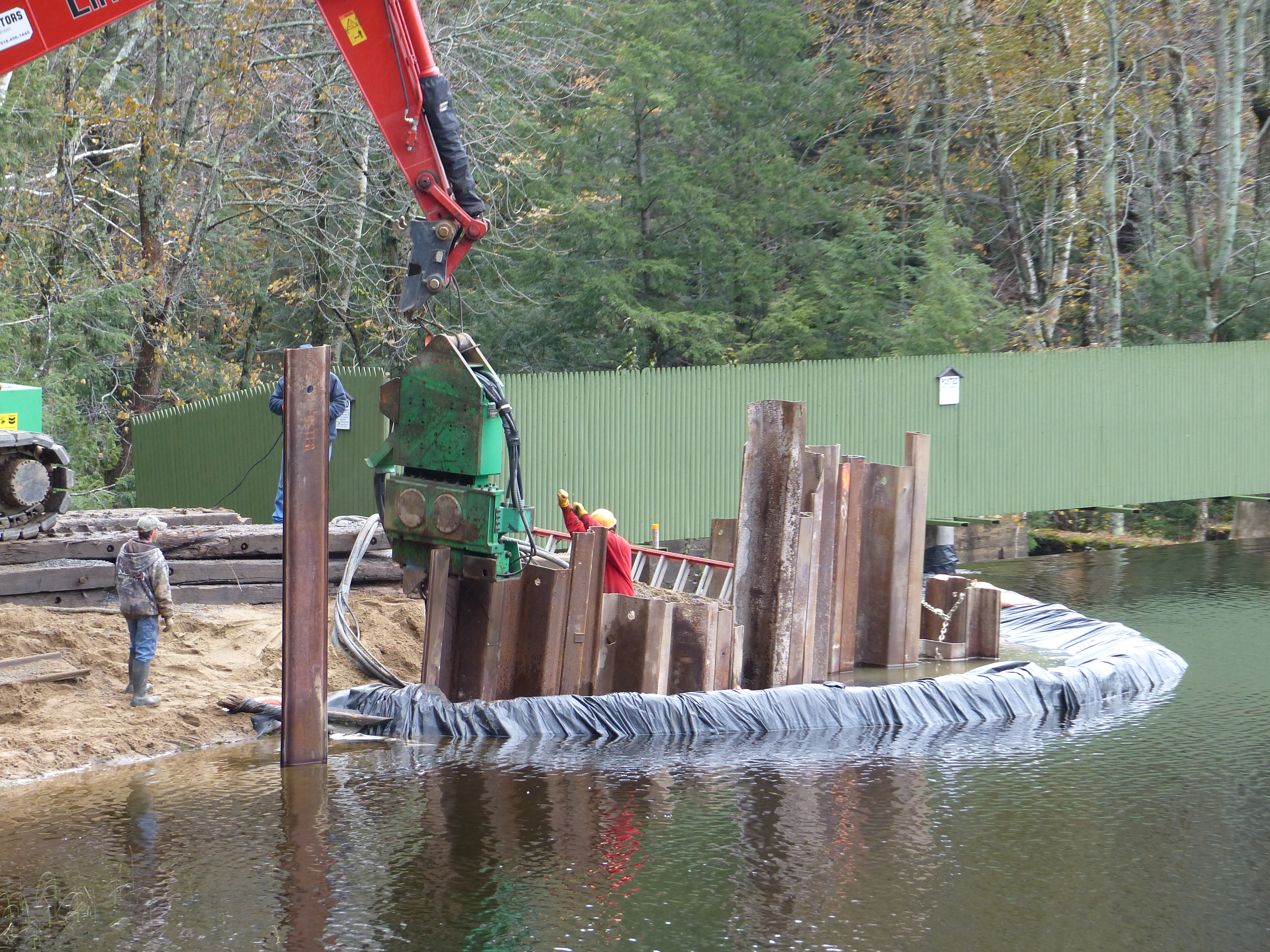 The temporary sheet piling barrier is upstream of the area needed for repair and is put in place to stabilize the soils in preparation for excavating the north embankment. 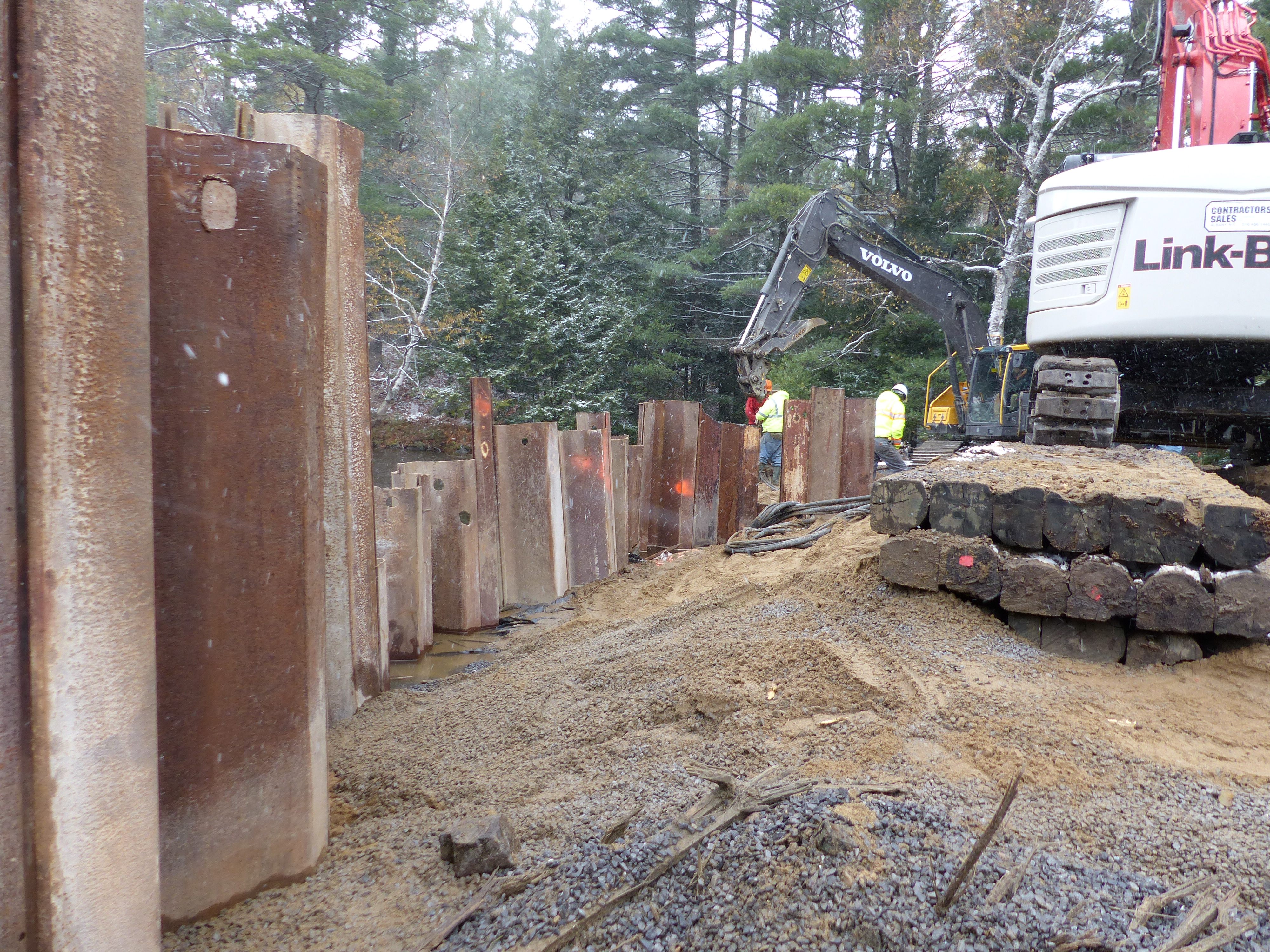 The pilings were driven down until they reached glacial erratics, some pilings went as deep as 20 feet others only as deep as 12 feet. 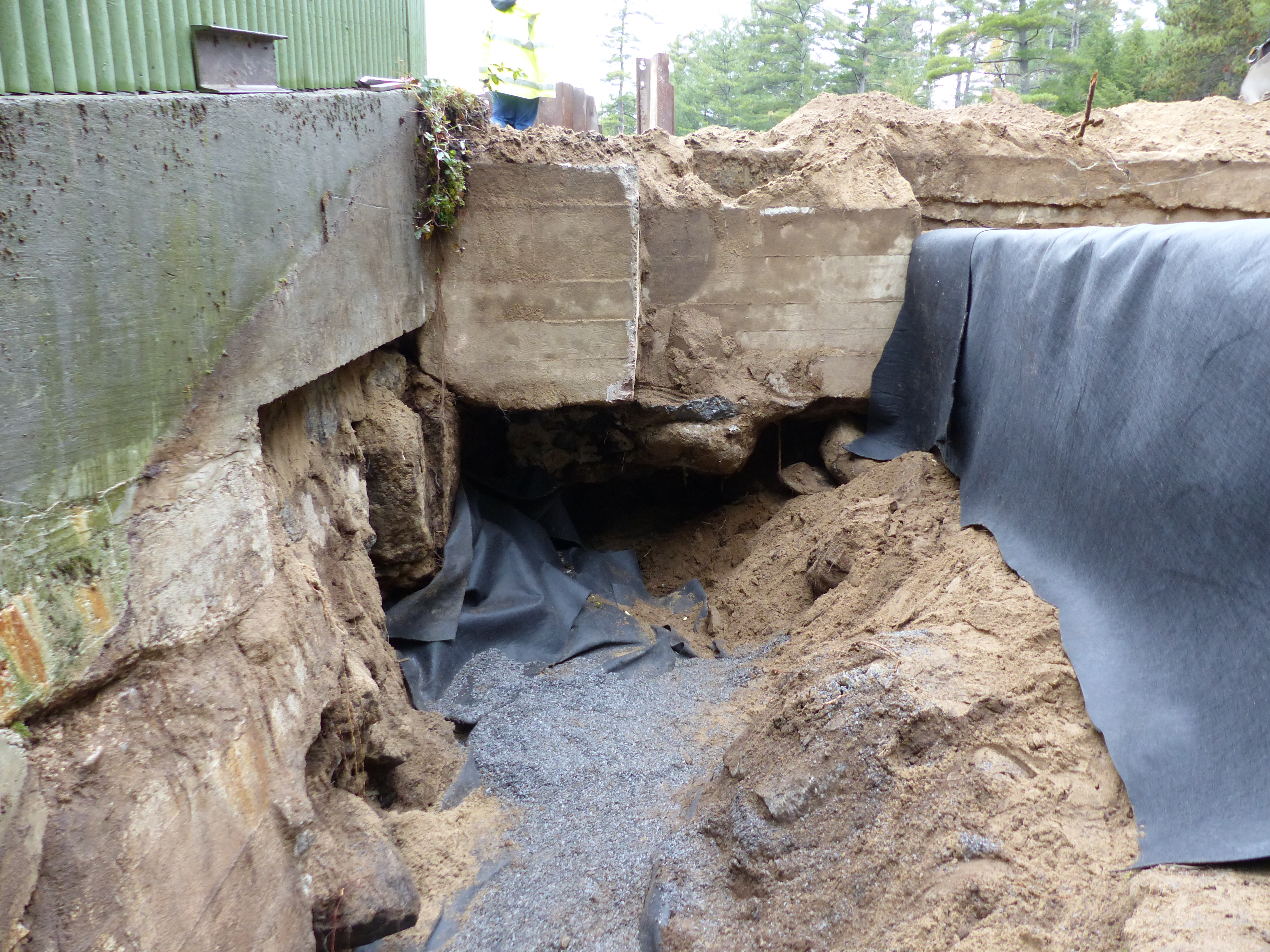 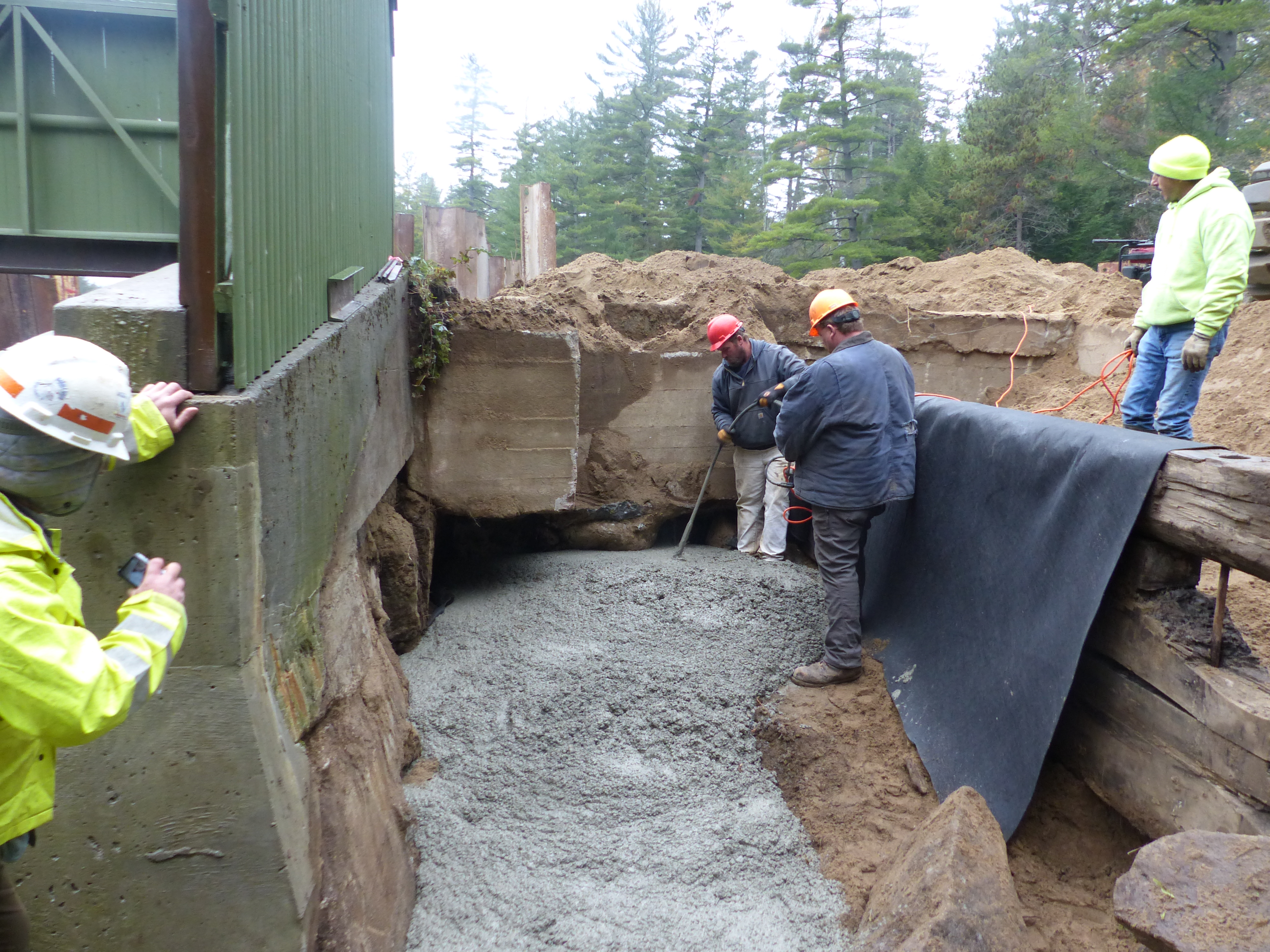 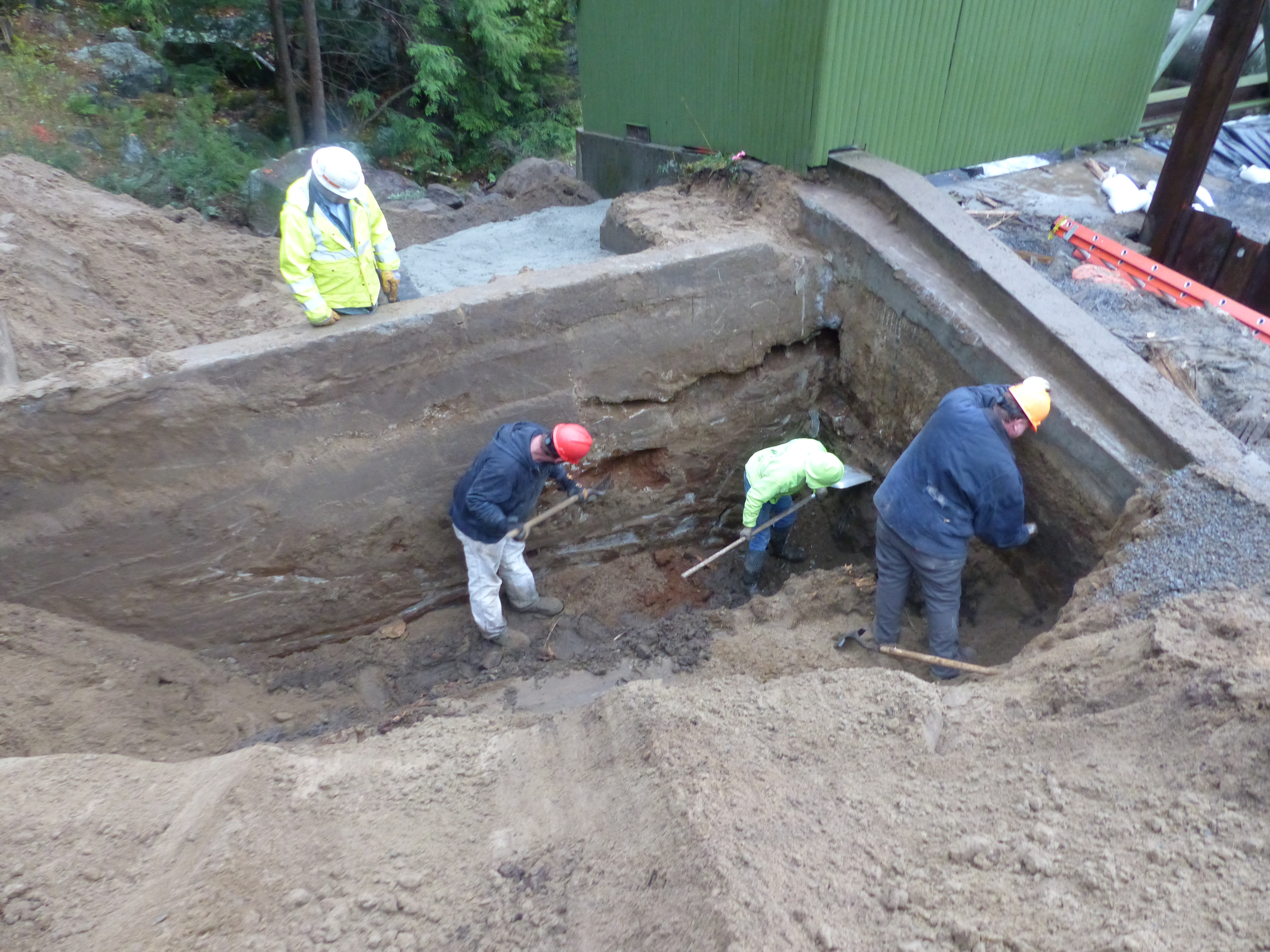 Excavating in front of cut-off wall and behind the wing wall. Notice the openings in the cut-off wall where water penetrated, piping soil  causing the sink hole 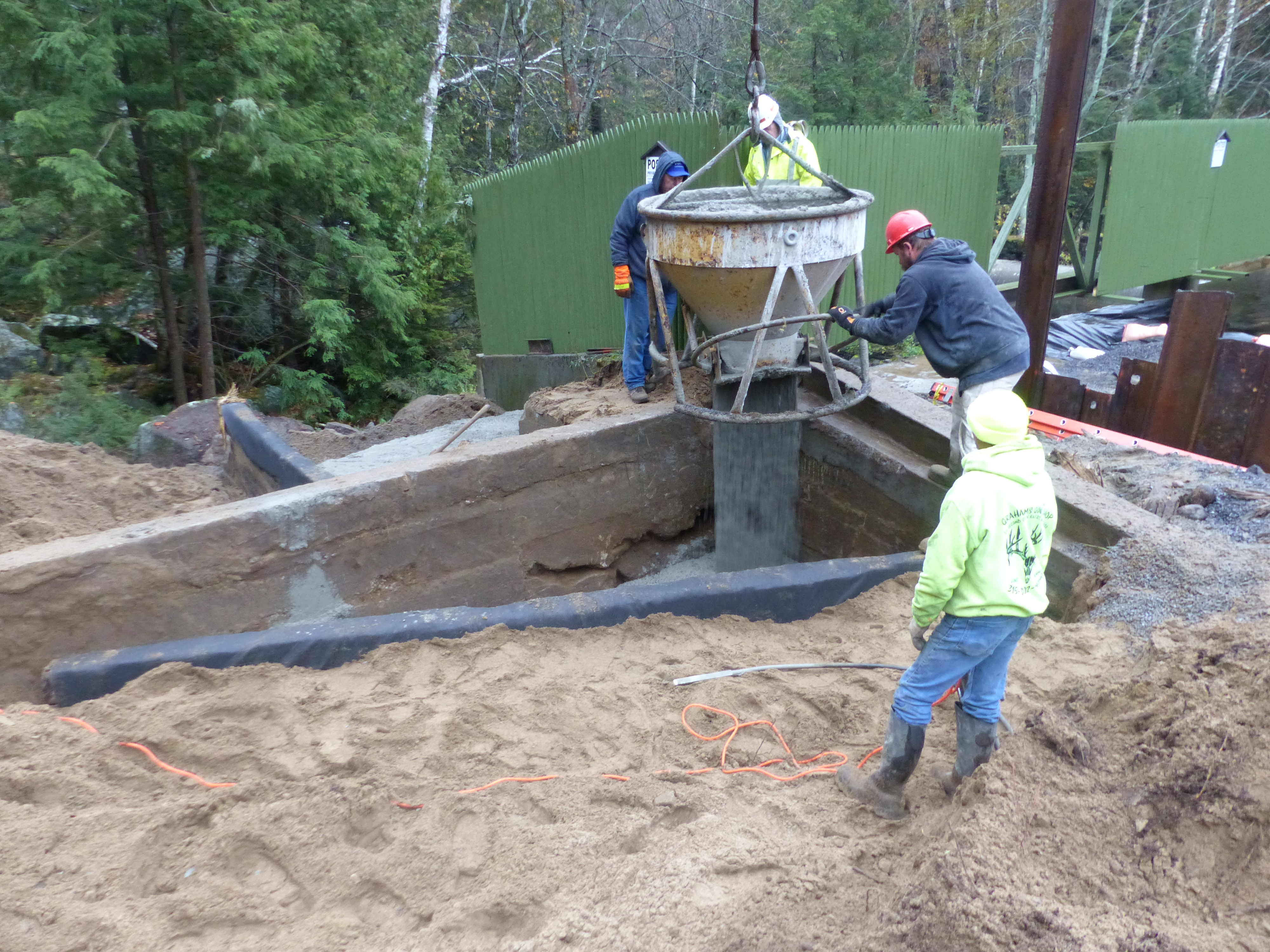