This Eagle and others are seen on a more regular basis in the Upper Saranac Watershed. A blue leg band is visible indicating the bird was born in New York; the Band is used by the state Department of Environmental Conservation to track their movements.

Following a national ban on the chemical pesticide DDT in 1972, and prohibitions against taking or killing bald eagles in the federal Endangered Species Act of 1973, New York State initiated a Bald Eagle Restoration Project in 1976.

Between 1976 and 1988, biologists collected 198 nestling bald eagles, most of them from Alaska. By 1989, the project had reached its goal of establishing 10 breeding pairs. Today, more than 170 pairs of eagles nest in the state. 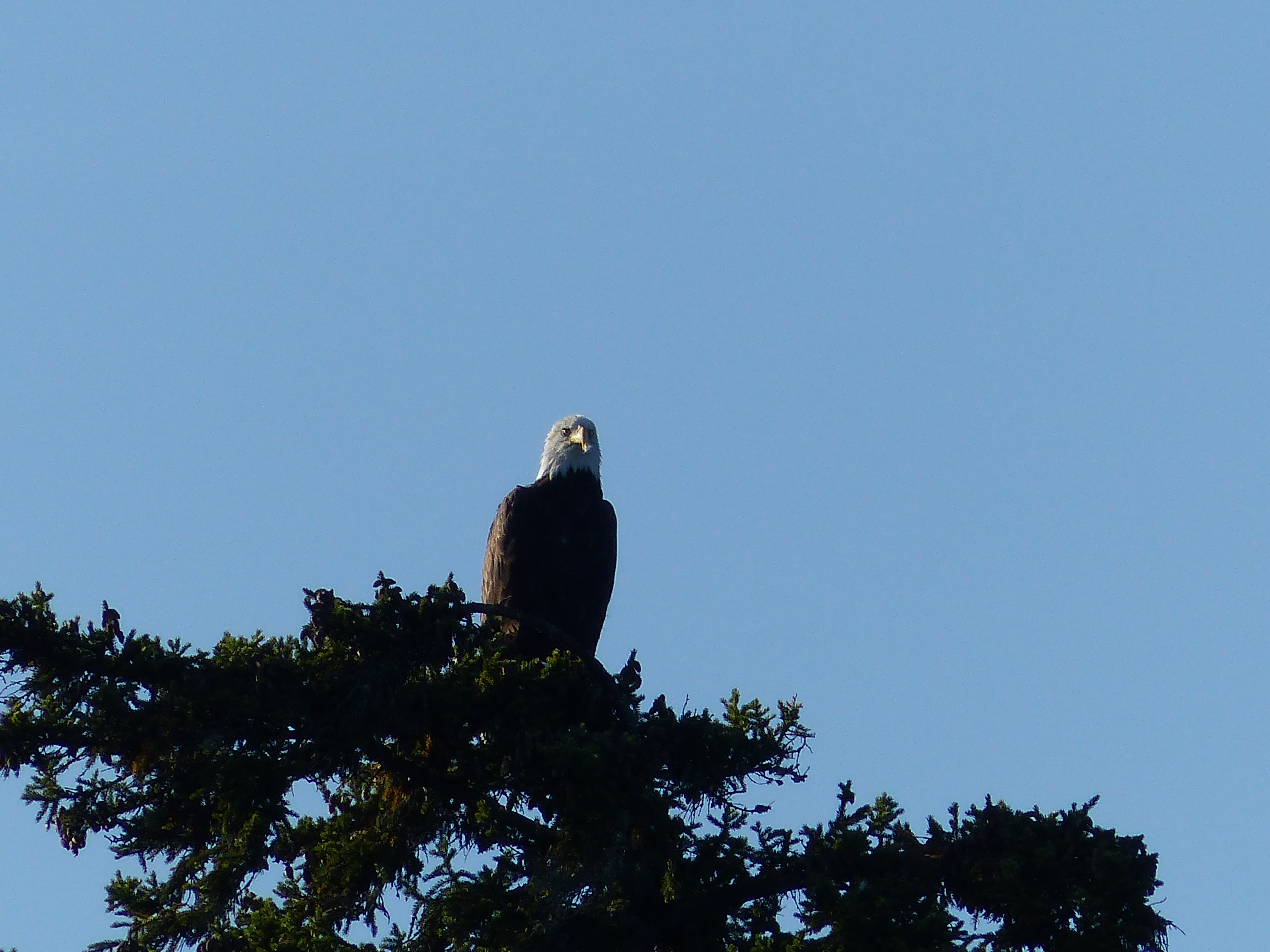