Cormorants are a familiar bird to the Great Lakes and Lake Champlain, but have you seen these birds on Upper Saranac Lake? Known to be a coastal bird, Cormorants were first noticed in Lake Champlain in the early 70’s. More recently they have been showing up on interior lakes of the Adirondacks. They have been spotted on Upper Saranac Lake over the last 3 to 4 years, but only during the migratory seasons.  They would be of concern if they decide to take up residence.

The Cormorant is a large black colored seabird, with a body length of approximately 30 inches and a wing span of 45 inches. Cormorants typically travel in large groups, and as a result, they can have a noticeable impact on their ecosystem. They are known to eat large amount of fish and can have damaging impacts on vegetation because of their acidic guano. On Lake Champlain, as their population exploded to over 20,000, islands were taken over by their nesting sites. What was once a diverse and thriving community of birds is now a monoculture dominated by the Cormorant.

Adirondack Explorer contributor Tim Rowland has a feature in the November/December issue about what’s happening to the Cormorant population on Lake Champlain. The Upper Saranac Foundation’s Lake Manager, Guy Middleton, was interviewed for the article. 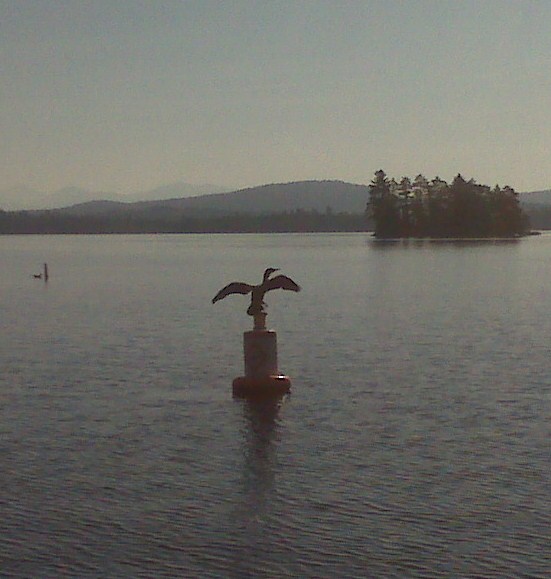